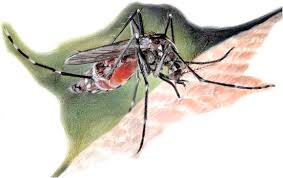 How To Control Mosquitoes Population Naturally?

What Is The Natural Enemy Of Mosquitoes?

Dragonfly naiad species are a great addition to a freshwater aquarium. Dragonfly naiads are not aggressive and will not harm your tropical fish, but they may eat mosquitoes and other smaller flying insects. These creatures are incredibly pretty and are an excellent photographic subject. Dragonflies are known to eat mosquitoes and other small insects, but the only problem they pose is consuming some of your more expensive tropical fish.

What is a dragonfly nymph called?

Dragonfly nymphs lay their eggs in water and on aquatic plants and they are called as Naiads, or immature dragonflies, live in water and have gills that act like a jet propulsion system. They feed on mosquito larvae and pupae, and larger nymphs can eat small fish and tadpoles. Naiads emerge from the water during the night and split their skin to become adult dragonflies.

How Does A Dragonfly Eat A Mosquito?

Dragonflies are effective biocontrol agents. In one case, officials in Myanmar released dragonfly nymphs into containers where larvae of mosquitoes had developed. This reduced the mosquito population, which was a good thing because the dragonflies were feeding on mosquitoes. However, dragonflies may not selectively prey on mosquito larvae in other environments. Dragonfly naiad larvae are highly-adapted predators of aquatic animals. These aquatic insects are a favorite food source for many fish species and aquatic spiders. Dragonfly naiads are also sometimes eaten by birds and web-building spiders. And when it comes to food sources, dragonfly naiads are definitely worth the attention.

You’ve probably heard about the fact that Purple Martins eat mosquitoes, but how do they do it? Purple Martins have a reputation for being voracious feeders, but they actually eat fewer mosquitoes than we might think. In fact, purple martins generally eat larger prey. In one study, 500 diet samples from parent martins were analyzed, but no mosquito was found. Wade had popularized the idea that Purple Martins were famous for eating thousands of mosquitoes per day. In fact, the number of insects consumed by martins in a single day was based on the number of young the birds were feeding.

Although Purple Martins are independent feeders, their diet is heavily influenced by extreme weather conditions. The temperatures of fifty degrees or below can prevent insects from flying. If the cold weather persists for four to five days, they may even starve. Rainy weather and extreme fog may also impair their diet. If the temperature is below fifty degrees for a prolonged period of time, the birds may be deprived of food altogether.

What Do Tadpoles Eat The Most?

Did you know that tadpoles are herbivorous? Tadpoles are tiny fish that live in a variety of aquatic and terrestrial habitats. They eat insects, worms, and spiders, but they also feed on small prey like mosquitoes and redworms. The best time to see them is in the evenings when aquatic vegetation is scarce. In the wild, tadpoles will eat almost anything that they find, including duckweed, and mosquito eggs.

Relationship Between Tadpole And Mosquitoes Population

Are fishes Used for Destruction Of Mosquitoes ?

People have known for a long time that fish eat mosquitoes, but researchers are now looking at the potential of using these animals to control the spread of malaria. Each year, malaria kills millions of people and makes 300 million people ill. The larvae of the mosquito are eaten by fish, breaking their life cycle. Whether you’re trying to protect your home from the spread of the disease or you want to save your pets, fish can help.

Some fish species are known to eat mosquito larvae and can be used as pond bait. A popular fish to use as a bait for mosquito control is the common minnow. These fish have long slender bodies with green iridescence and a dark line extending from their gill opening to their tails. Male minnows are larger and brighter in color than female ones. They also have teeth in their throats. Mozzie fish are considered invasive species in some areas and the US Fish and Wildlife Service is actively working to eradicate them from natural water bodies. The species can be eaten by frogs, turtles, and even small goldfish breeds

Many people are unaware that beetles are an important pest control solution. These creatures can invade your home through holes, cracks, and opened doors. They can also come into your home through contaminated materials, including wood, boxes, and plants. Depending on their habitat, they may be attracted to certain items such as lint, dust, and carpets. While most beetles are primarily attracted to plants and other organic matter, some may also enter your home through cracks and holes. Beetles also have the potential to be a pest control solution. Beetles can control mosquito populations with their natural instincts.

You might be wondering if your fish will eat mosquito larvae. Some fish do, including goldfish, guppies, angelfish, and rainbow fish. But what fish are these and why do they eat mosquito larvae? These are among the most common types of fish kept as aquarium pets. Many fish can live up to two or five years, and the koi species can live for thirty to forty years. The main reason that fish eat mosquito larvae is because they contain protein. Protein is essential for growing Molly Fish, especially as adults. It can also boost digestive processes. Moreover, the larvae help the Molly fish break down their food faster, which in turn increases the amount of growth hormones they produce. This way, they can grow faster. The benefits of mosquito larvae for Molly Fish go beyond just feeding the fish with protein.